Constantine as our inspiration 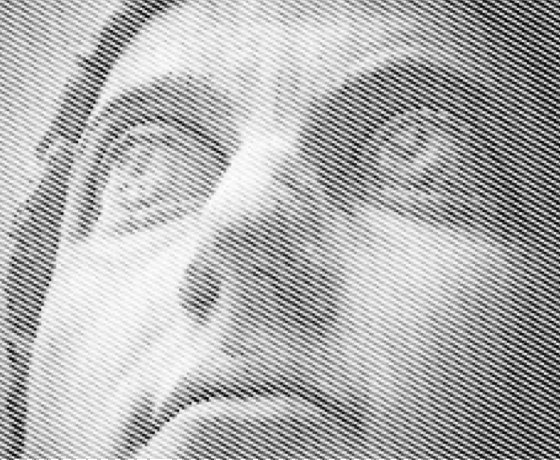 The name Constantine Advisors is derived from the Roman emperor Constantine.

Constantine embodied the qualities we strive to achieve for ourselves, and those that we seek in our placement agent partners and alternative manager clients.  We share with Constantine his strong international “East-West” focus, epitomized by the continent straddling city he founded, looking to serve as a bridge connecting two worlds. Constantine’s strength of character serves as a guiding principle for us to deliver independent insight and market leadership while creating strategic bonds – in our case, with multi-national partnerships.

No other Roman emperor had a greater impact on the modern world than did Constantine, ruling from A.D. 306-337. Constantine was a great military commander winning major victories over the Franks and Alamanni and later against the Visigoths and the Sarmations. Constantine created a new city at Byzantium ‘Constantinople’ (later Istanbul) which was to be the new Rome of the East. Although Constantine was a product of the Roman Empire in the full sense of his military upbringing, he was also an independent leader and thinker. He was the first Roman Emperor to convert to Christianity. With co-Emperor Licinius he issued the Edict of Milan in 313, which proclaimed tolerance of all religions throughout the empire. The effect of his work was the transformation of the Roman Empire into a New Roman Empire, also known as the Byzantine Empire.

Our logo of a stylised ancient Roman bridge is symbolic of three main things:

1. The One Bridge to Global Capital. Constantine Advisors is the only bridge our clients need to create new relationships and tap new pools of capital across countries and continents.

2. The Milvian Bridge in Rome, where Constantine’s greatest military victory was won against impossible odds using an unconventional strategy 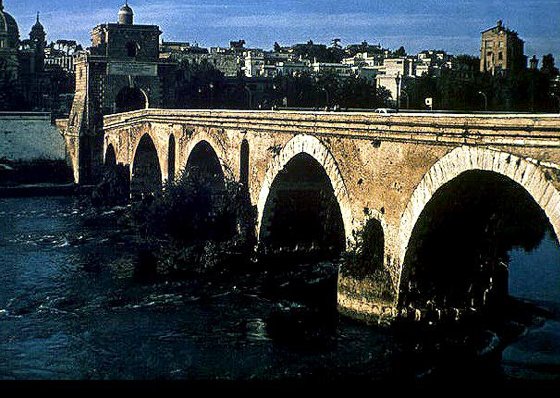 3. The Arch of Constantine in Rome, commemorating the Battle of Milvian Bridge, and which spans the way all emperors enter the city in triumph. 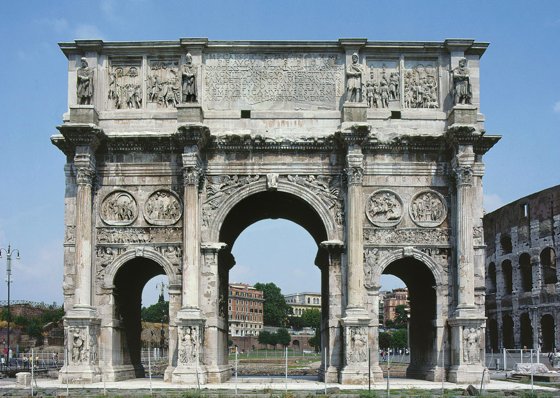 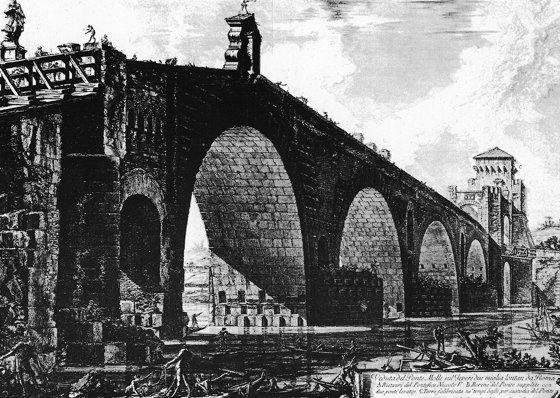 The Milvian bridge as etched in antiquity

The Milvian Bridge as it still stands today

The Battle of Milvian Bridge took place on October 28, 312 between the Roman Emperors Constantine the Great and Maxentius. When Constantine emerged victorious, the path of Western civilization as it had been known, was about to be changed forever.

Both men continued to claim the title afterwards, although a conference to resolve the dispute in 308 resulted in Maxentius being named a senior emperor along with Galerius. Constantine was allowed to maintain rule of the provinces of Britain and Gaul, but was officially only a ‘Caesar’, or junior emperor. By 312, the two men were engaged in open hostility to one another. In the summer of 312, Constantine gathered his forces and decided to settle the dispute by force.

Constantine easily defeated Maxentius’ forces in northern Italy, and then marched southwards to meet his enemy who was ensconced at Rome with a vastly superior force. He stood less than 10 miles from Rome when Maxentius chose to make his stand in front of the Milvian Bridge, a stone bridge (still standing today) which crosses the Tiber River into Rome. Holding it was crucial if Maxentius was to keep his rival out of Rome, where the Senate would surely favor whoever held the city.

Although he was on the strategic offensive, Constantine’s outlook for victory was grim. However, on the eve of the battle, Constantine received a vision in the sky, instructing him to ‘mark the Heavenly sign on the shields of his army’. Taking this to mean the sign of a Christian cross, he had every shield in in his army so marked. 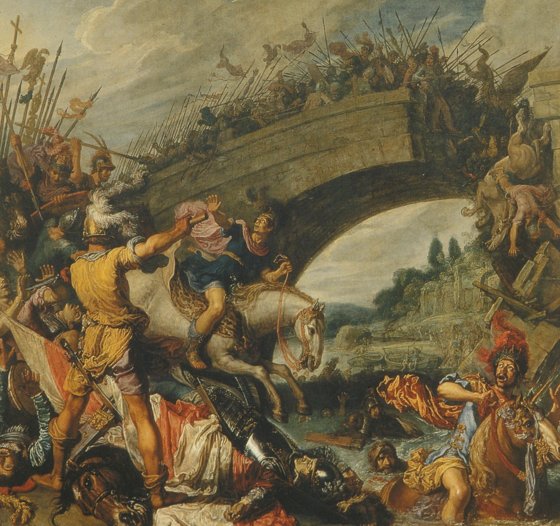 The next day, Maxentius inexplicably led his army outside of Rome’s gates to meet Constantine in open battle rather than remain safely within the city walls. Instead of waiting out what should have been an easy siege, Maxentius’ army was routed in one of the biggest military upsets in history. Some sources say the advantage was 10-to-1 in Maxentius’ favour. The two armies clashed, and Constantine emerged victorious. Already known as a skillful general, Constantine began to push Maxentius’ army back toward the Tiber, and Maxentius decided to retreat and make another stand at Rome itself.

But there was only one escape route, via the bridge, and Constantine’s men inflicted heavy losses on the retreating army. Finally, a bridge of boats set up alongside the Milvian Bridge, over which many of the troops were escaping, collapsed and the men stranded on the north bank of the Tiber were either taken prisoner or killed, with Maxentius numbered among the dead. The two armies clashed, and Constantine emerged victorious. Constantine entered Rome not long afterwards and was acclaimed as sole western Augustus.

The Arch of Constantine in Rome

The Arch of Constantine is a triumphal arch in Rome, situated between the Colosseum and the Palatine Hill. It was erected by the Roman Senate to commemorate Constantine I’s victory in the Battle of Milvian Bridge in 312. Dedicated in 315, it is the largest Roman triumphal arch. The arch spans the Via Triumphalis, the way taken by the emperors when they entered the city in triumph.

It is the largest surviving Roman triumphal arch and the last great monument of Imperial Rome. The arch is also a tour de force of political propaganda, presenting Constantine as a living continuation of the most successful Roman emperors, renowned for their military victories and good government.

This website is compatible with all leading browsers including Internet Explorer 10 and above.
You can upgrade your browser here: https://updatemybrowser.org/